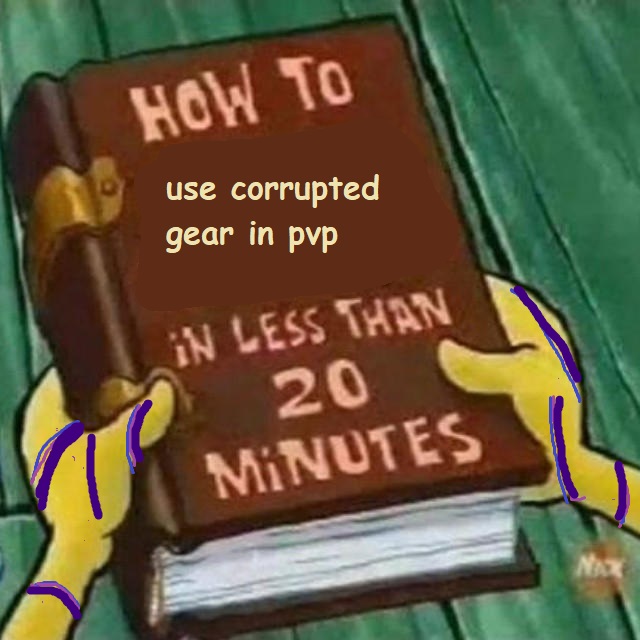 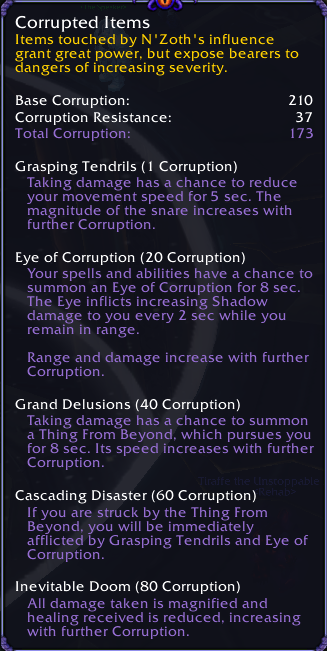 If you can’t be bothered to click the link, corruption is as follows:
Gear available in patch 8.3 now has a chance to gain a corruption effect instead of warforging or titanforging. Each piece of loot essentially has a chance to roll one of 18 or so effects, the intensity of which is then randomly chosen as well.

In addition, characters will turn closer and closer into a Wildberry Poptart until they hit 80 corruption, at which point they become a Watermelon Poptart. A visual for this is shown farther below.

To counteract the negative effects of corruption, the legendary cloak, https://www.wowhead.com/item=169223/ashjrakamas-shroud-of-resolve#reward-from-q, is needed. Increasing the level of your cloak not only increases its ilvl, but also gives you more corruption resistence; more corruption resistance lets keep your corruption in check, allowing more corrupted gear to be used to increase your performance.

Corruption in PVP Table of contents:

In general, what does this all mean in regards to pvp? 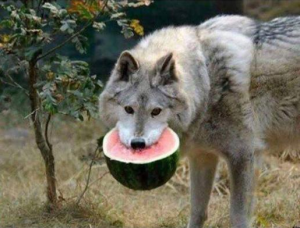 From a pve standpoint, you’ll want to sim your gear to get as much out of your combinations of gear available as possible. Most folks in pve will want to cap around 39-59 corruption depending on what class/spec they’re playing. The more offhealing and cc your class has the better. If your class does not have the sustain and/or cc to handle a hit from the Thing from Beyond, I’d recommend staying below 40 corruption regardless.

From a pvp standpoint, you’ll want to keep your corruption at or below 39 at all times. This is because the Thing from Beyond effect will usually eat 1/10th to 1/4th of your max health without any defensives up. If you end up having to cc the Thing from Beyond, then that is cc that could have been used on the enemy team and is unfortunately wasted. Keeping your corruption even lower also reduces the magnitude of the slow that https://www.wowhead.com/spell=315176/grasping-tendrils will have on you and reduces both the damage and radius of https://www.wowhead.com/spell=315161/eye-of-corruption, which is also important for melee classes.

This means that early on, or if you’re coming in on an alt, I’d recommend working on leveling your cloak. This goes doubly so if you managed to land strong corruption effects on your gear, as you’ll likely be able to afford only one or two corruption effects at most .

To start, you can always throw some stuns (or other cc that isn’t broken by damage) onto an enemy player that is under the effects of negative corruption effects. This will cause them to take extra damage, which can help secure a kill if you notice that they’re looking like a Wildberry Poptart. The 2 new trinkets will be discussed near the end of this guide for those that already know about the.

Finally, because the 1-19 and 20-39 range  are indistinguishable from each other, your level of corruption is practically invisible. You’ll be able to unconsciously use this to your advantage. Your own corruption effects will be invisible until they proc (if they’re an effect that procs), so having a bunch of Racing Pulse effects, for example, can be very difficult to react to for your opponents.

4. What Corruption Effects Are Good?

As it turns out, outside of a couple outliers, they’re relatively equal and pretty good. Most give increases to secondary stats in some way or another. In addition, while all effects stack if you have multiple copies of the same type of effect (e.g. having 1 tier 1 Racing Pulse and 1 tier 2 Racing Pulse will give you 1274 haste), some corruption effects will give you more corruption at the same rank than others. (e.g. tier 3 of Infinite Stars gives 75 corruption for a single effect, while tier 3 Expedient gives only 20 corruption.) Given that you’ll want to stay within a certain range of corruption, you’ll be quite limited early on. You could however take a leap of faith and run a bunch of corruption effects in order to turn an arena match or skirmish into a coin flip, as seen in the following video, where someone stacks 3 pieces that have Infinite Stars:

Furthermore, over half of the corruption effects give either a static % boost to a secondary stat or provide a chance to proc and sizable amount of a secondary stat for 4 seconds. Regardless of your role, you’ll probably do well to follow the single target stat distribution mentioned previously in my Intro to Rated PVP Guide.

Before I continue, I’ll also mention the corruption effects that are only available from the raid. If you can get any of the following weapons, do so, as all of their corruptions are quite strong for the classes that can equip them. This goes doubly so for An’zig Vra, Skshuul Vaz, and Unguent Caress, due to the heal, armor buff and snare respectively. From wowhead: 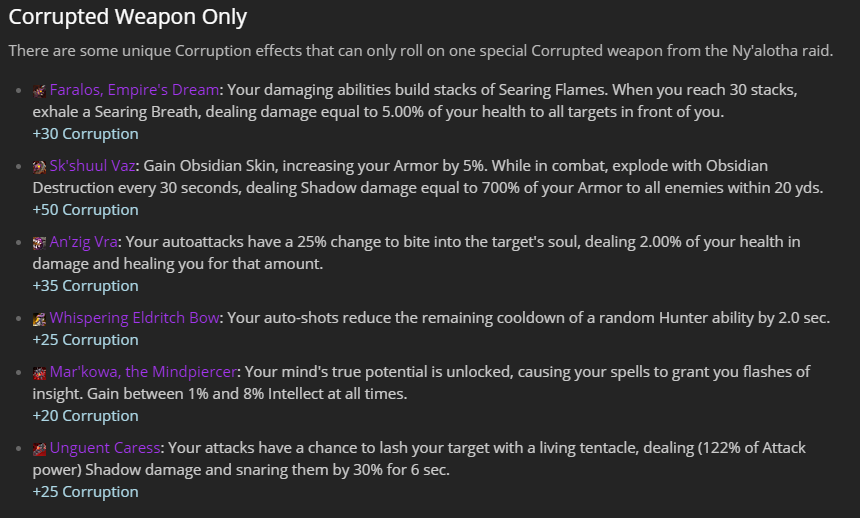 Sidenote: At the time of writing, certain corruption effects have been nerfed in pvp. They’re still quite strong, so don’t let that dissuade you from using them. However, there are certain caveats that should be kept in mind.The following snips are part of this post: https://www.wowhead.com/news=310122/patch-8-3-hotfixes-for-january-27th-2020-spirit-drinker-fix-trinket-tuning-corru
And this post: https://www.wowhead.com/news=311119/patch-8-3-hotfixes-for-february-10th-upcoming-corruption-tuning-tol-dagor-nerfs-

In addition, how certain effects function can be an advantage or disadvantage.

Finally, here corruption affects that should be avoided by just about everyone for pvp:

Disclaimer: If you know your specific built needs a specific corruption, then by all means try to get it by any means.
(Ex. Holy Paladins running Glimmer will want Ineffable Truth/Severe/Strikethrough)

4a. Corruption Effects to Aim For (Melee DPS/Tank)

For melee, most of these are relatively similar, so you can probably use whatever you have on hand. Specifically for Echoing Void and Twilight Devastation, you’ll want to keep track of your positioning and uptime, as any downtime can cause any procs of these two effects to be completely wasted.

4b. Corruption Effect to Aim For (Ranged DPS)

Since Echoing Void and Twilight Devastation are reliant on either standing on your opponents or compromising your position to maximize your dps, I’d recommend prioritzing some of the other corruption effects or going for more stat buffs instead. However, Echoing Void can be used as a risky way to perform a turnabout on enemy melee cleaves by increasing the damage they take while they’re on you, that they normally wouldn’t take otherwise (mainly for Shadow Priests spamming instant casts).

If you’re looking to throw in some damage, you can probably follow the ranged (Disc, R Druid/Shaman, H Priest) or melee (MW, H Pally) recommendations, with the slight change of putting Infinite Stars at the top if you can apply a DoT to the enemy time for consistent damage instead of burst. 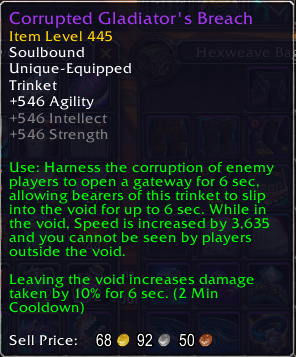 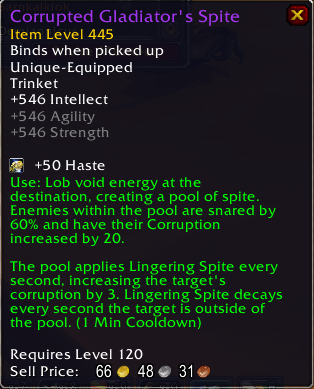 Both of these trinkets take advantage of your opponents’ corruption values in order to protect yourself or deal some damage.

Corrupted Gladiator’s Breach can only be used when enemy players are nearby, but operates as a much more effective Smoke Bomb after a short channel. In theory, having multiple people use the Breach can make it very easy for the opposing team to lose track of your team since your nameplates disappear as well. However, there is also the caveat for taking increased damage, but unless they’re waiting right outside your Breach, it won’t be long before the debuff from exiting falls off.

Corrupted Gladiator’s Spite serves a similar role to Corrupted Gladiator’s Maledict as a versatile option for securing a kill. The main purpose of it to force an opponent to slowly be under more and more corruption effects while you’re hitting them. If you are the one that cast it, it’ll show up as a transparent, light purple circle on the group. If the enemy cast it, it’ll show as a dark blue/black circle directly under your character, which will also make it very difficult to see stuff like Shaman totems or a Mage’s Meteor cast. If multiple Spites are cast on a single player, the initial increase of 20 corruption will not stack. The corruption increase of 3 corruption/second will stack however, so 3 spites stacks on a single person will result in 20 + 27 additional corruption if the target is in the Spite Zone for 3 seconds. This will automatically put someone in the corruption range of Thing from Beyond. When combo’d correctly, the target will quickly go above 80 corruption and start getting chunked by the damage increase and healing reduction.

If two players get 30 stacks each, that’s 90 corruption on top of any corruption both players already had. This puts both of them at 15% increased damage taken and 15% reduced healing received. And that’s on top of all of the other negative effects from corruption. Even Guardian druids go from 100 to 0 very quickly when their stacks are that high. In particular, if you’re able to land a full stun or pull the target back into the middle of the Spite Zone, you’re in a very good spot to kill them as their corruption rises.

There is some counterplay to Spite though. Any ability or spell that both removes and prevents slows/snares should be saved for a go such as this, such as March of the Damned, Dispersion, Blessing of Freedom, etc. You can also use any instant movement to escape, the best of which are Demonic Circle for Warlocks and Transcendance for Monks, since you’re likely to los the enemy team at the same time and completely stop their attempt to finish you off.

If you need to make a talent choice to be able to escape the Spite Zone, make sure to keep in mind what rating you’re playing out. It’s very unlikely that a character will even have Corrupted Gladiator’s Spite until they’re past 1400, and that doesn’t mean they won’t use other trinkets before they get to higher rating. Once you go above 1800 cr, this might be something to consider, especially if the enemy team has multiple ways to keep one or more people in the Spite Zone.

6. How Do I Get Corrupted Gear? (And the two trinkets)

NOTE: As of 5/19, MOTHER sells 6 out of the 52 total corruptions in exchange for Echoes of Ny’alotha. Doing various activities in BfA will still provide Echoes in addition to the usually goodies. The current stock can be found on Wowhead and they rotate whenever the minor N’zoth assault rotates. Higher corruption costs require more Echoes. Both crafted gear and cleansed gear can have corruption applied to it. 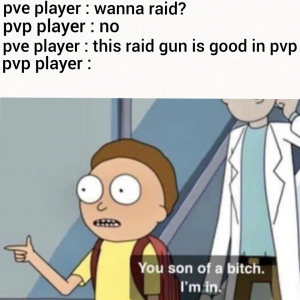 The weekly pvp chest has less gear that can corrupt due to chance of getting Azerite gear in  addition to trinkets from the chest. This means that if you’re looking to minmax yourself in pvp, you’re going to have to do some pve. As of now, there are four main sources of guaranteed corruption on pieces.

These four sources are the closest a person can get to guaranteeing a corruption effect without spending any Echoes of Ny’alotha.

Corruption is a volatile system with no guarantees until you open the box. It can help and it can most certainly hurt. Sometimes, you will just get beaten down or win outright; corruption likely won’t be the sole reason for it, though it will play a noticeable part. You still have to know how to play your class both for yourself and your team. You’ll still need to do all of the things pvp requires of you in order to succeed. Even if you may not have the best hand, you’ve still got cards to play. Which is why you should never give up, unless you need a break.

“Here’s a Warlock playing Demonic Circle because he KNOWS the puddle is being played, and outplays it”Twitch.tv, uploaded by Method, clipped by ConcernedGaming on 14 Feb, 2020 https://clips.twitch.tv/FriendlyBlazingClintNotATK

“It’s ok to be yourself” Youtube, uploaded by Tofupupper on 22 Oct, 2018, https://www.youtube.com/watch?v=RahYj4xs_dU