All raiding events will be posted on the in-game calendar as PST / Server time; all events on the websites will be EST.

The Warlords met and discussed some of the questions that came up during the raid meeting that we didn’t have an answer to, as well as nailed down clarifications on others.

Q: Can we donate gold instead of raw materials for Vanguard donations?
A: Yes. If you do not want to spend the time farming materials, you can send 5k gold directly to Urostek. This will be used to purchase more expensive items like vantus runes, pricey herbs, etc.

There is still a 2-week notice in effect. You must provide performance logs at the time you tell us you want to swap. You can not tell us you want to swap, raid for 2 weeks on the weekend team, hand us logs on Monday, and expect to come to Mythic raid on Thursday. We will need time to look at the logs and analyze that you are performing to a similar standard.

The new raid times are 8-10pm EST Thursday, 8-11pm EST Friday. We realize that not everyone is going to be able to make the 11pm night on Friday, however there will not be a penalty for dipping early. Normal and Heroic are flex, and anyone who needs to leave early during Mythic gives a chance for weekend raiders to get Mythic experience.

Hey guys, Tiraffe here with another guide. Wrote this back in September/October, but school got in the way. For credentials, I hit 2400+ once in BFA season 2 and got the gladiator mount/title for that season, for those that care about that sort of thing.

Since I noticed more than a couple folks were looking to either get Combatant or get the rank 2/3 of the Conflict and Strife Essence at the time of writing, I figured I’d put together a ‘short’ guide to go over some basics. Arenas can be hard to get into, since pugs are usually looking for specific team comps, even if they’re looking to just get the conquest cap; pugs are are usually looking for someone that has similar or greater experience, similar to Raider.io scores for mythic+ dungeons. In addition, arenas have much smaller team comps consisting of either 2 or 3 players per team, so individual performance is just as important as knowing class matchups. This guide can help give some names to things you may have already seen in rated PVP. 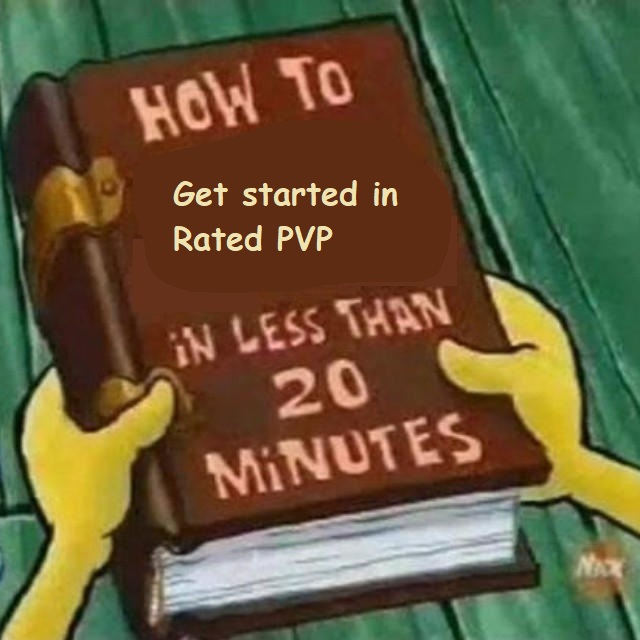 Disclaimer: Reading a single guide won’t instantly guarantee success. Once you think you’ve got a handle on the concepts, go out and give them a try in a match.

If you’re new to rated pvp, make sure to get familiar with some of the pvp terms beforehand: https://www.wowhead.com/glossary-to-wow-pvp-terms

The requirements for the goals are listed above are list as follows:

END_OF_DOCUMENT_TOKEN_TO_BE_REPLACED

8.3 releases on January 14th, and with it comes a bunch of game-changing mechanics, zones, and scenarios. Although 8.3 took a while to get here, it brings a huge amount of content. It can be a bit much to process all at once, so this guide will give a TL;DR of all the new stuff coming in Visions of N’zoth, along with general tips along the way for raiders who want to maximize their efficiency when the new raid becomes available.

When you’re going through the 8.3 questline, you will eventually get a 470 ilvl legendary cloak, Ashjra’kamas. This cloak will most definitely be an upgrade of whatever you have on, and it gives two major bonuses; corruption resistance and reduced sanity drain. The corruption resistance helps you negate the negative effects on corruption gear (more on that later), and the sanity drain reduction helps in Horrific and Lesser Visions of N’zoth. To upgrade the cloak, you have to complete certain sections in Horrific Visions based on how much your cloak has leveled up. When you start off with your cloak, you’ll want to always make sure you kill the “major” boss in the Horrific Vision in every run. If you don’t kill the major boss, even if you defeated bosses in side zones, you will NOT get the items to upgrade your cloak. When your cloak reaches rank 6, it gains an active effect that allows you to remove all corruption debuffs on you currently and for the next 6 seconds. Rank 12 gives a mainstat proc.

END_OF_DOCUMENT_TOKEN_TO_BE_REPLACED

Tonight, the Mythic Raid Team will be going after Lady Ashvane on Mythic difficulty! You can watch all the action here at 7pm EST: https://www.twitch.tv/RaefWolfe

Note: Outside of the start of the fight and whenever Inversion occurs, people should be better on stacking with their respective marks instead of being a continent away. Since Overflow happens more often than Inversion, it should be better to stack until it’s time to spread instead of the other way around. There’s also something about having more than 4-5 stacks at once, but it probably won’t kill by itself on heroic. Everyone that died last week was either soaking by themselves without a heavy defensive or stacked with just 1 other person and still died due to not using a defensive. END_OF_DOCUMENT_TOKEN_TO_BE_REPLACED

Congrats to the progression team for getting AOTC Queen Azshara last night….. the first horde guild on the server to do so. But…. not only that…. the raid team also scored a kill against a ‘famous’ WoW streamer!

Congrats and welcome to Lineda, aka Peepo, for agreeing to help raid lead the Sat/Mon raid team!

She is also our main tank for those raid nights!

I’m leaving behind the “Raid Wrapup” posts with last tier. More info at the end of the post!

This week, Black team ran through 7/8 bosses of normal in 1 night. This is the first time we’ve cleared that many bosses on a difficulty in a single night. The success of Black team the previous tier, and the decision to keep us together, really let us hit the ground running. The Warlords wanted to blast through Normal just so we got the basic feel of the fights before hopping into heroic. Many of our normal kills were a bit of a mess, so we think it was a valuable experience to see before heading into Heroic. We took a few looks at Aszhara, but opted not to spend too much time on her. Instead, we downed the first 3 heroic bosses (staying late to do s0), getting everyone the Reliquarys they needed for the Condensed Life-Force essence.

The Red team did excellent. The many new faces worked together beautifully with the old, and it was a very relaxed weekend. The group pulled 6/8 on the first day, one-shotting everything except Queen’s Court. Monday they downed Za’qul and popped into Heroic to start their serious progression efforts. That said, the Red team does need additional healers as well as 2 permanent tanks. We currently have multiple alts from Black filling in, and while that’s fine for a while, it will quickly burn out those who don’t want to raid 4 times a week. Anyone who has a tank or healer, or knows a tank or healer, talk to us! We’ll get you or them up to speed.

Life gets busy, and summarizing 2 raid teams takes a lot of effort (especially when I am not present on both teams). As a result I will be “discontinuing” my raid roundup posts.

But never fear! The analysis won’t be stopping. Two of our more active members will be stepping up to the plate to provide insight, analysis, guides, tips, and more on the raid as well as other competitive areas (like Mythic+ or Operation: Mechagon).

Please welcome Fokola and Tiraffe to the posting privileges on the site. They’ve both provided helpful guides and co-written a number of things that I’ve copied onto the site anyway. In essence I’m cutting out the middle man and giving them direct access to the site, for your benefit.

Whether they choose to continue weekly analysis or simply opt to discuss strategies and changes as-needed is on them. We’re giving them the freedom to choose what they want to do, and we think that will benefit everyone.

Watch the raids on Twitch!