One of joys of Raid Leading is number crunching and analysis. 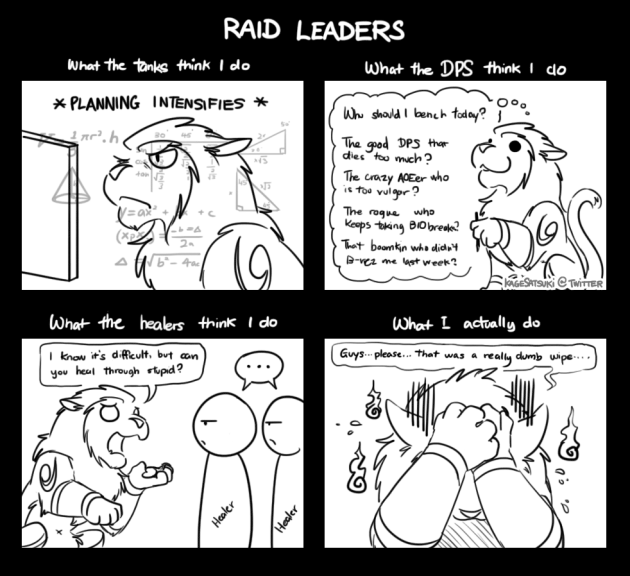 …I promise, Raid Leading IS a joy.

In order to get through Heroic, we need everybody to use every buff, boost, and steroid they’ve got available to them.

Here is a usage chart for Potion of Prolonged Power on May 12th:

There were a number of DPS that did not use a second potion during the fight, and a few that didn’t always remember to use 1. There are also DPS missing from the chart entirely – those who didn’t use any at all. This is a lot of damage that we are missing!

What Good is a Potion?

“Who cares? How much of a damage difference can a single potion make, anyway?”

I sat in my order hall and spammed Solar Wrath for 1 minute on 1 target dummy. I did a total of 25,318,538 damage. I had 3 trinket procs, but I otherwise did not buff my cast times, damage, etc in any other way.

Next, I popped a Potion of Prolonged Power, and repeated the experiment. I did 49,836,519 damage…and had only 2 trinket procs. I did almost double damage for a full minute just by using a single potion. Now, there were probably a few other factors at play between the two tests, but pure luck and RNG can’t account for a 24 million damage difference between the two! Consider the damage boost if I combine it with well-timed trinket procs, steroid spells, and other buffs available.

There is a term you’ll hear us throw around, called pre-potting. Normally, you can only use 1 potion during a given fight/encounter. The potion remains on a permanent cooldown until combat ends. However, there’s a small “cheat” you can use to take advantage of how Blizzard timers work, to get 2 potion uses during a raid fight.

Every raider is required to have DBM, and thus every raider gets the pull timers. (For those that don’t have timers enabled, we do yell out “three!” when the counter hits 3.) This is when you use your first potion. The potion starts to go on cooldown, because you aren’t in combat. This gives you a 57 second bonus on your opener damage. This is your pre-pot, or “pre-fight potion”.

Knowing when to use your potion during combat (second potion, or “post-pot”) is a little more tricky. I generally find it useful to break down the fight into the following flow chart:

Coincidentally, this is also a great flowchart to use when determining if you should use your “steroid” spells and buffs.

Remembering to Use Them

The easiest way I’ve found to remember to use my Potions is to situate them on my bars in a spot close to my other steroids / buffs. As a Troll Boomkin with no on-use trinkets, that looks like this:

Berserking, Celestial Alignment / Incarnation of Elune, and Potion of Prolonged Power are all very close. When I hit one, chances are, I’ll remember to hit the others! (I also have a WeakAura that displays when my buffs are active, just in case I miss something).

Example Potion Usage in a Raid 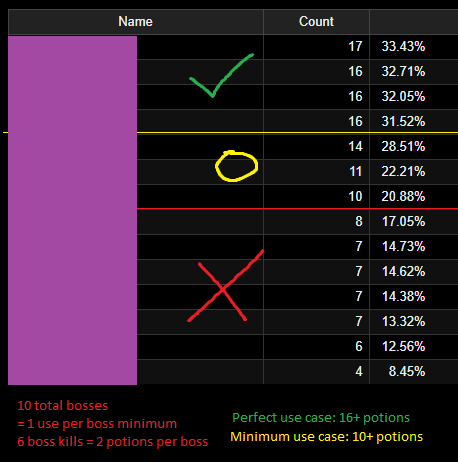 (ignore percent numbers; those are irrelevant to the chart)

I will be tracking potion usage during Heroics every week, and calling out those who need improvement – or congratulating those who have shown improvement 🙂

Also, feel free to use Potions of the Old War instead of Potions of Prolonged Power, if they’re better for your class. They’re more expensive, though, and most people will be OK using Prolonged Power, especially since the guild will supply any members who need them.

Remember, this is mostly aimed at DPS. Healers and Tanks will all want to pre-pot, but they will know when the boss enters phases for them to use their own potions – usually when they pop big cooldowns during major damage phases, which is usually the opposite of when most DPS will be popping theirs.