Addons and Weakauras to Enhance the New UI

“Isn’t the point of the new UI that I don’t have to use addons?”

Ok, well, yes, to an extent. However, the reason to pare down on addons is about performance. ElvUI is notorious for the amount of resources it hogs. A few addons or weakauras that use a quarter of the resource of one addon is preferable, even if it is technically more addons. Plus, some people are intimidated by the sheer scale of an overhaul like ElvUI, and may find small changes more manageable.

Edit Mode Features adds a small series of options to the bottom of each window in Edit Mode that allows you to either entire values for exact UI positioning, or “nudge” them pixel by pixel, to the exact place you want them. You can also “group” bars together by selecting the elements you want grouped together in the dropdown. Finally, it offers a “snap to grid” option (which is not the same as the default edit mode’s snap option) as well as letting you toggle how it snaps to the grid. 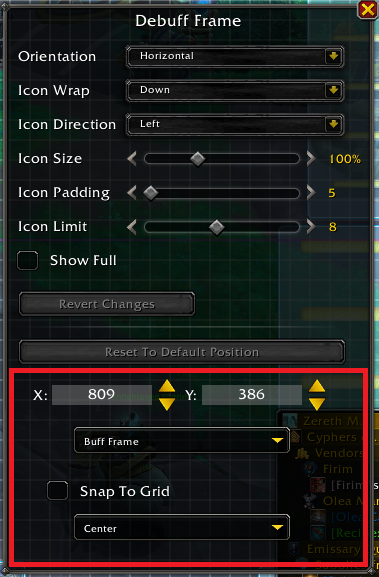 Hate the Blue overlay on your actionbars because it makes it hard to line up all your elements? Disable it with this simple No Blue Overlay addon.

This WeakAura lets you use the Custom Options tab to set and forget scaling and moving of Some UI Features until Blizzard implements it natively in their new Edit Mode.

The Dragonflight UI Resizer weakaura gives you control over a sliding scale to increase the size of UI elements that, by default, the Blizzard UI don’t let you change.

Of course if you don’t want the Micro Menu and bag icons at all (handy if you only use keybinds for them), you can just hide it entirely.

Lots of people find it weird that the circular Groupfinder eyeball icon is now at the bottom of the screen, next to your micro menu. With just a few lines of code (or a lightweight addon) you can move it back!

Credit to ujp888 on the subreddit for the code required; you can download and install the resulting addon from our site. 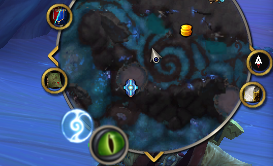 Addons to Enhance or Fix other Prepatch Changes

If you miss having total control over the tracker icons – instead of whatever Blizzard thinks you want to track at a given time – this addon is for you! Minimap Tracker Options brings up an option window by typing /mmt, allowing you to track options granularly, like before the UI update. 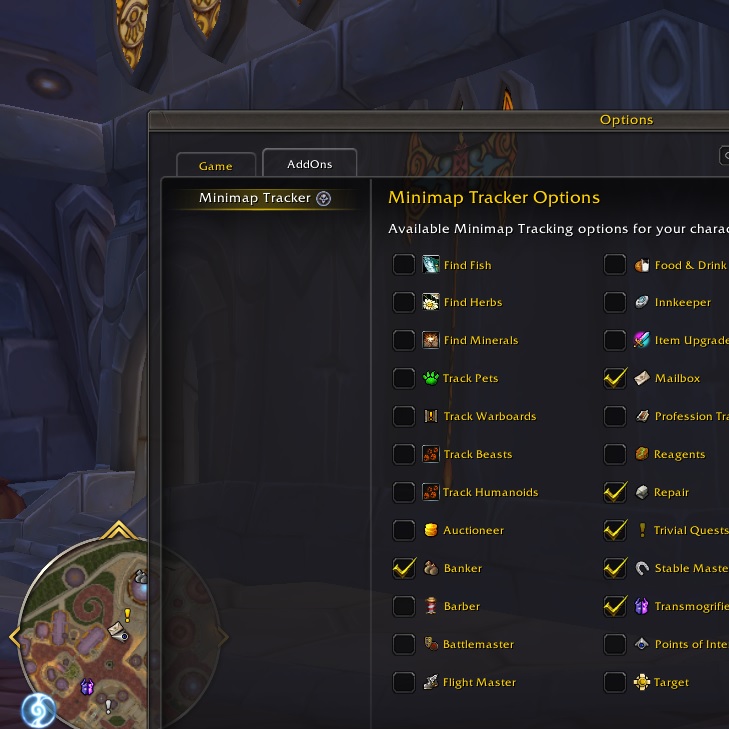 Blizzard changed the way Elites, Rares, and Rare Elites are marked in the world, removing the iconic dragon symbols from their bars. This addon, RareDragon, puts them back. (Note: Blizzard might be adding them back in a future build according ot datamining, but this brings them back for you now) 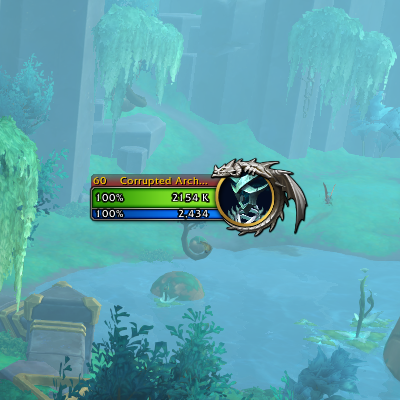 Enhancement and Changes for other UI Elements

The new UI minimap is larger, but it’s still likely to get cluttered with addon buttons. If you want a cleaner look, the Minimap Button Bag creates a single button that pops out all your other minimap buttons when you click it. From there you can select all the buttons, or you can ctrl+right-click to bring any button back to the minimap.

An alternative to the above is NeatMinimap. Rather than condense all those buttons into one location, NeatMinimap hides all buttons (including the zoom buttons) until you hover over the minimap. 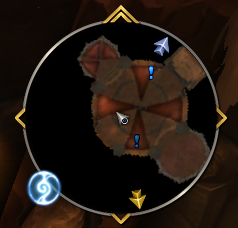 If you use a very large UI scale or have a very large monitor (A TV, Ultrawide, etc) then you may notice that Blizzard icons are blurry or pixelated. This set of Clean Icons uses AI technology to upscale the in-game icons to be a bit smoother and sharper at a larger size.

The increase in available action bars is amazing, but for those of us who used unusual hotkeys or macro names, having those show up on our actionbars could be ugly. Anyone using the numpad has action bars full of NUM NUM NUM, and anyone with lots of macros has cut off words on their bars. HideHotKeys hides your hotkeys and, optionally, macro names. While currently not updated for action bars 5-8, there are instructions in the comments on Curseforge on how to update them.

Ever wanted to move the Blizzard UI windows around on your screen? BlizzMove lets you adjust them on the fly. Close and open them and they remain in the same spot. When you reload your UI, they return to their original positioning!

Tips and Tricks for the New UI

For some reason – probably to prevent new players from deleting their UI and having a meltdown – Blizxard has disabled Edit Mode while in Exile’s Reach. If you require a specific setup to play, you can enable it with the following command:

If you’re logging back into an alt, creating a new UI, or otherwise making changes to existing characters, this script will completely clear your action bars. WARNING: THIS CANNOT BE UNDONE.

Edit mode Snapping is not what you think it is, and it’s not very intuitive.

With the Grid active, bars prefer to snap to grid. Changing your grid spacing will change how and where objects snap. Once you disable the grid, objects will prefer to snap inline to one-another – this is especially true of action bars. If you keep the grid active, objects will have a tough time choosing whether to snap to grid, or snap to one another, depending on how you space them out.

This is probably single-handedly the best part of the new UI. Click on an action bar – ANY action bar – and select “Quick Keybind Mode”. From there you can hover over all action bars and simply press the desired key. No need to know what action bar has what button or key from the options menu!

If you have poor eyesight, sit far away from your screen, or have other accessibility concerns, the new talent trees could prove a challenge to use adequately!

Use the following steps to change the zoom / scale on your talent tree window:

Do you remember having to make conditional macros for your abilities based on talent choices? for example, you might have:

The first way is very simple. If you drag Tiger Dash or Wild Charge to your bar, it automatically swaps to the alternative if you swap your choice.

The second way is less simple but a big game changer. In the lower left of your talent tree is a Talent Loadout dropdown. You can save talent trees here so you don’t have to click through them each time. If you’ve already created a bunch of talent loadouts, go back to your talent loadout dropdown. Then, hover over your loadout names. You’ll see a gear icon. Click that icon and make sure “Used Shared Action Bars” is UNCHECKED. Your bars will change around depending on what abilities you have chosen! You are very likely to have to go back and add skills to your bars or rearrange them as you do this, but it’s well worth the effort. 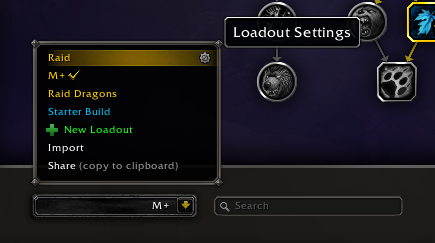 For anyone looking to view or workshop talent trees externally / outside of the game, Wowhead supports blizzard UI strings in their URLS!

Ok, some people are boomers resistant to change. That’s fine. Fortunately, there’s a few options for folks who don’t want to change the way the game has worked!

Wowhead’s take on a “Classic” UI

Wowhead released an article – “Return to the Classic UI: Make Your UI Look Familiar Again” – on how they made the new UI look familiar again. 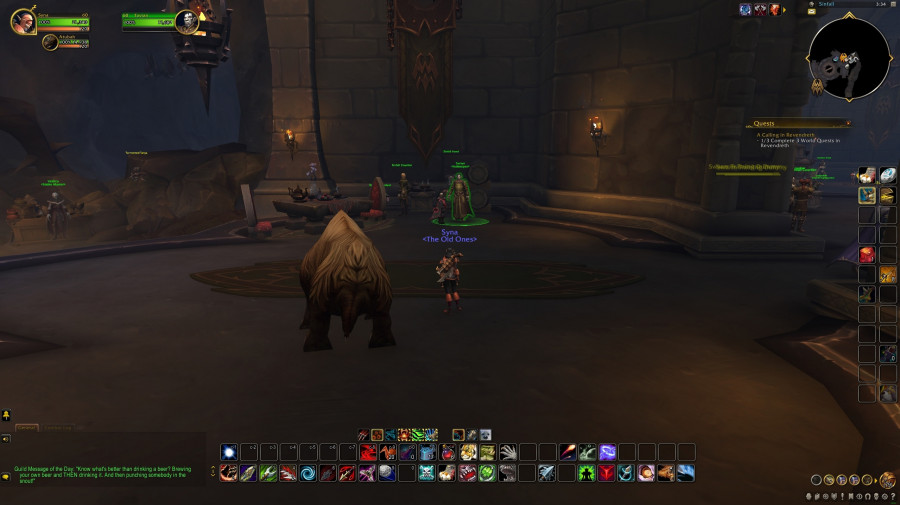 Bartender 4 has a series of presets included, a few of which are based on the old UI 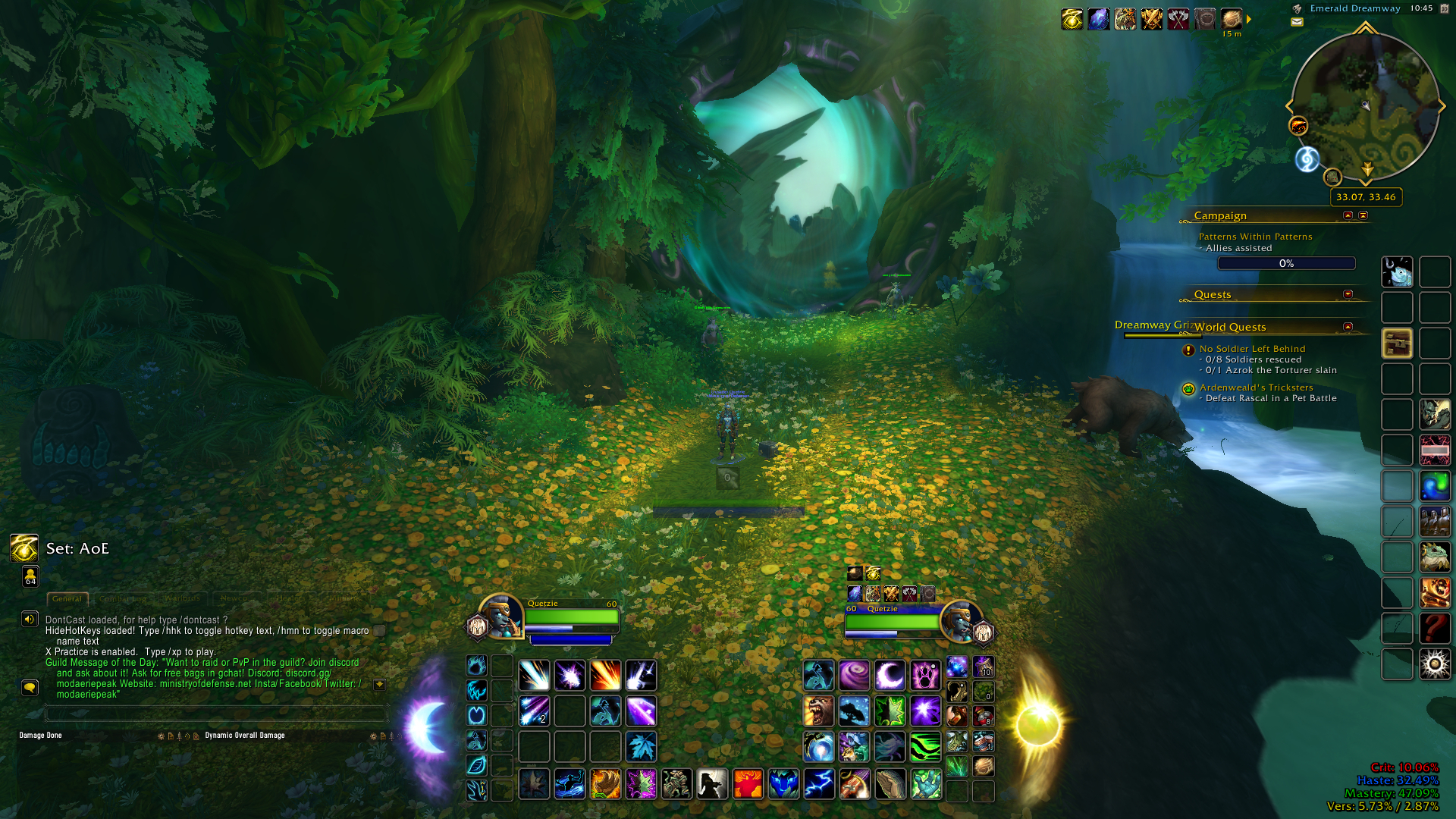 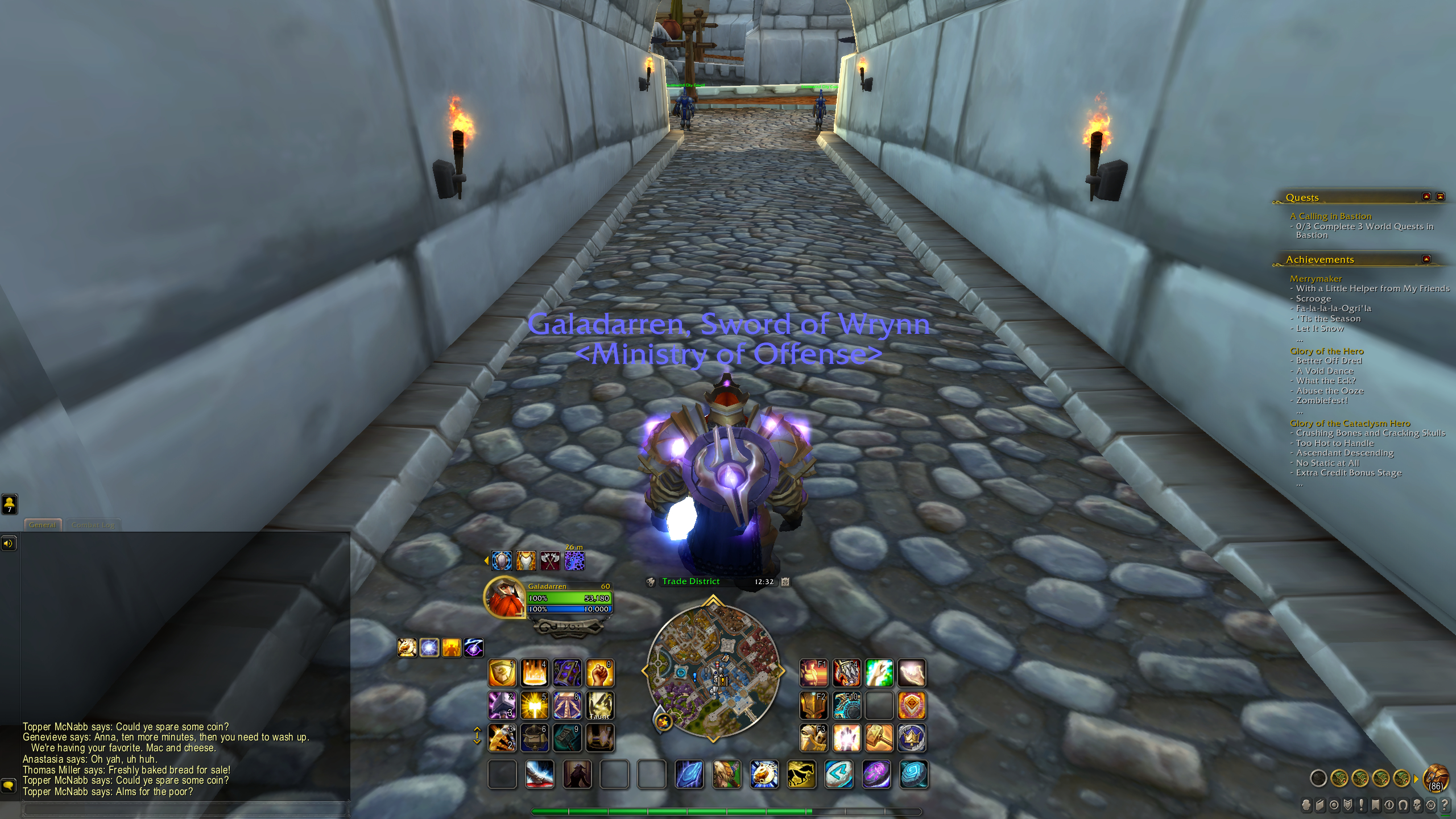 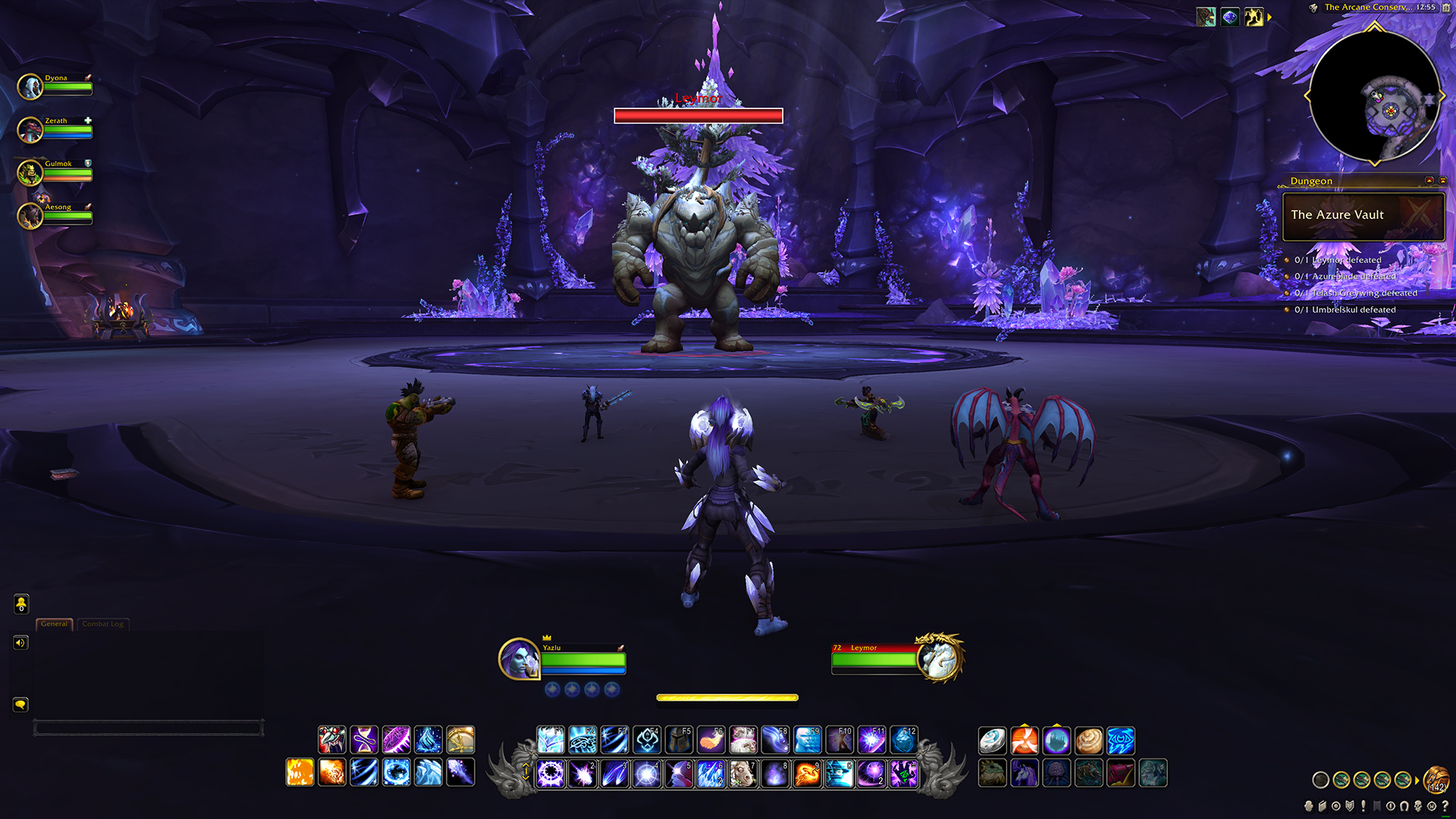 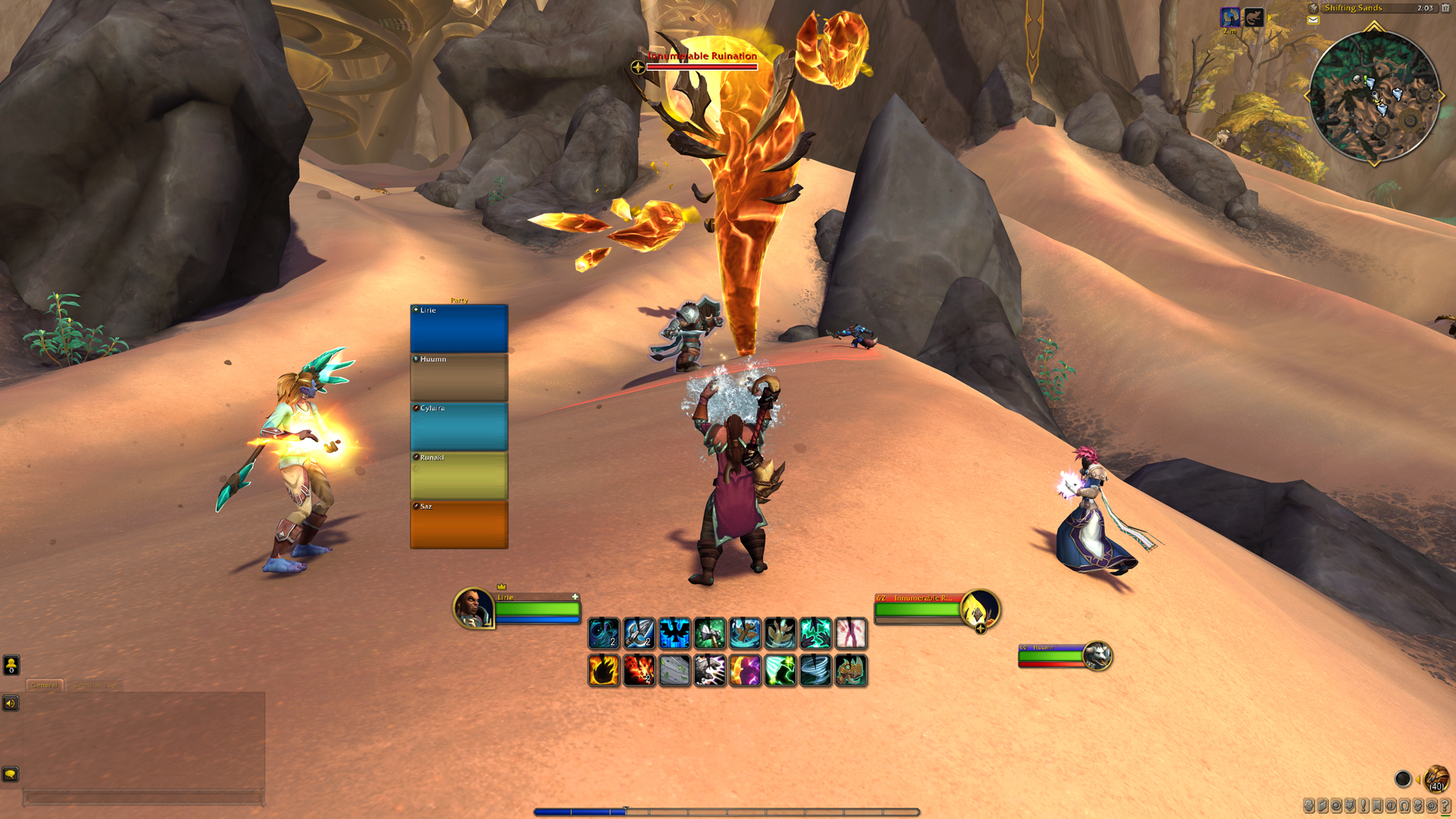 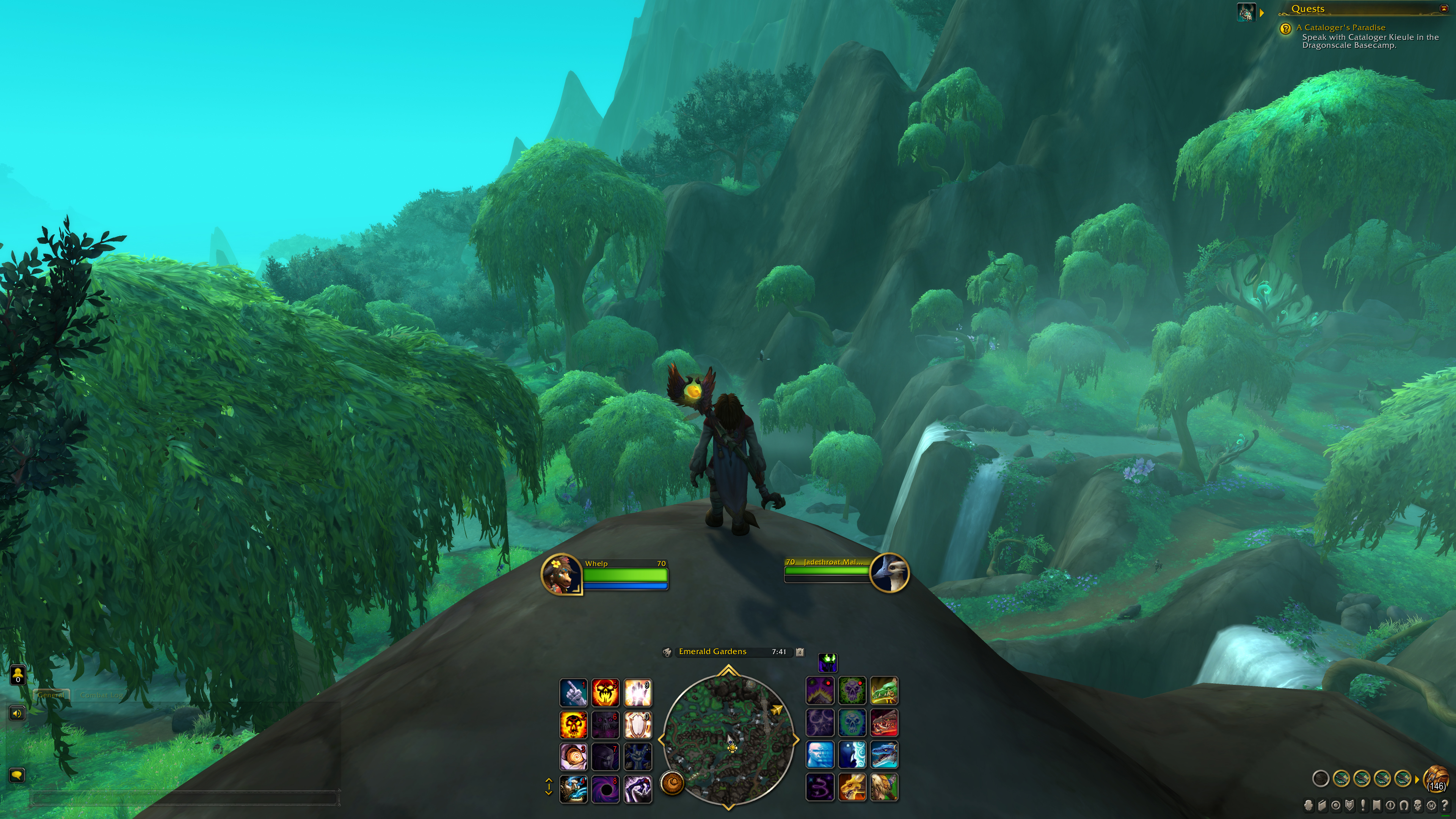 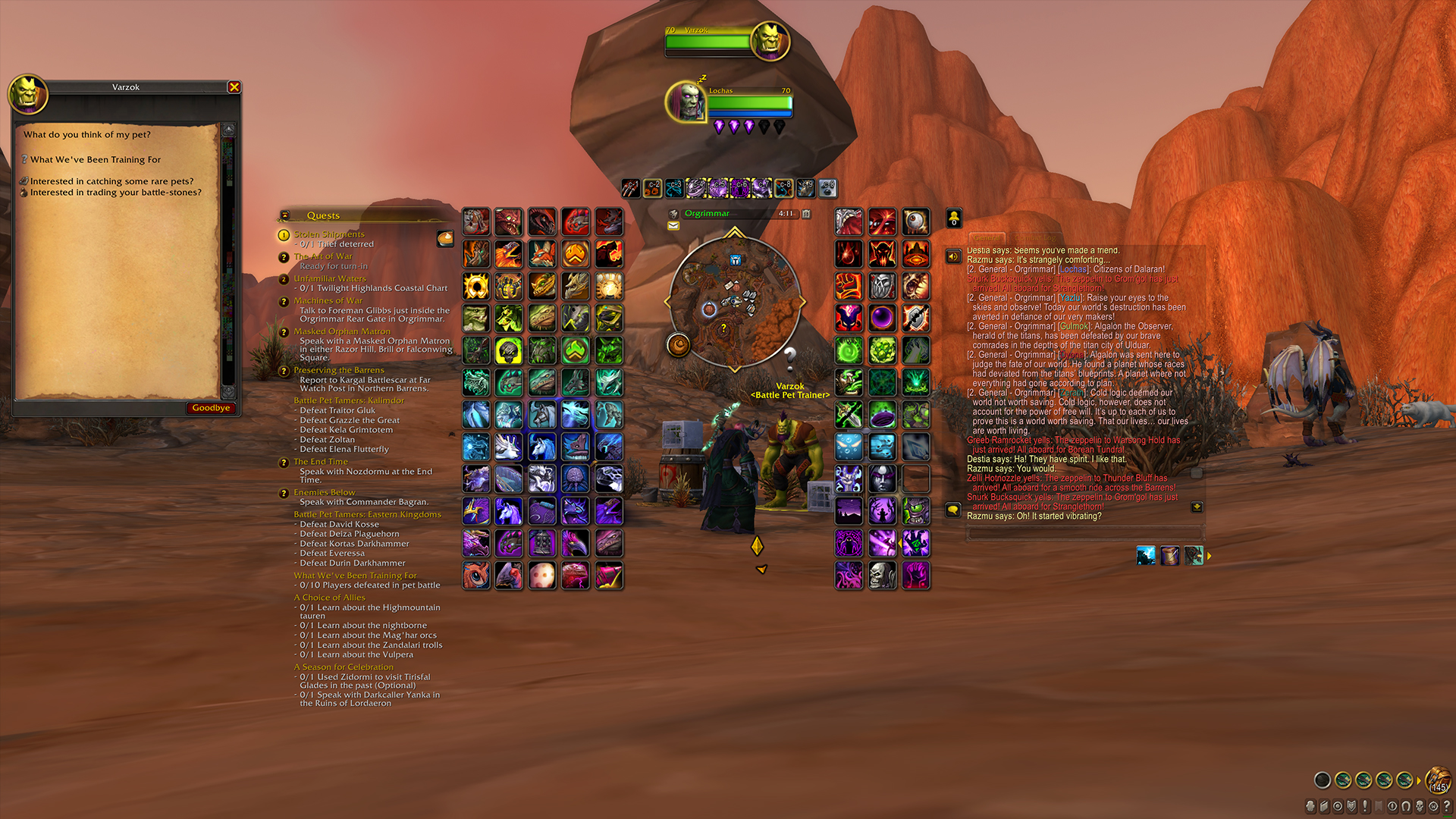 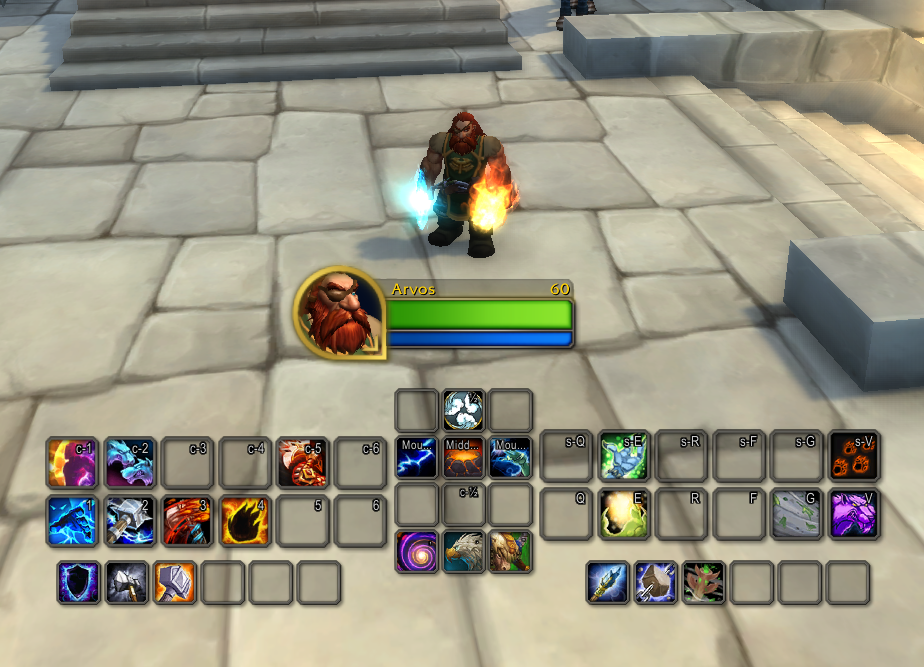 The new UI is an amazing tool and breath of fresh air. I know I’m going to be making tweaks to it for weeks to come. Hopefully, some of the above information has proven useful to you.

If you know of other addons, weakauras, or settings that might prove useful to those looking to enhance their UI moving into Dragonflight, I invite you to message me on Discord and be part of the conversation: discord.gg/modaeriepeak 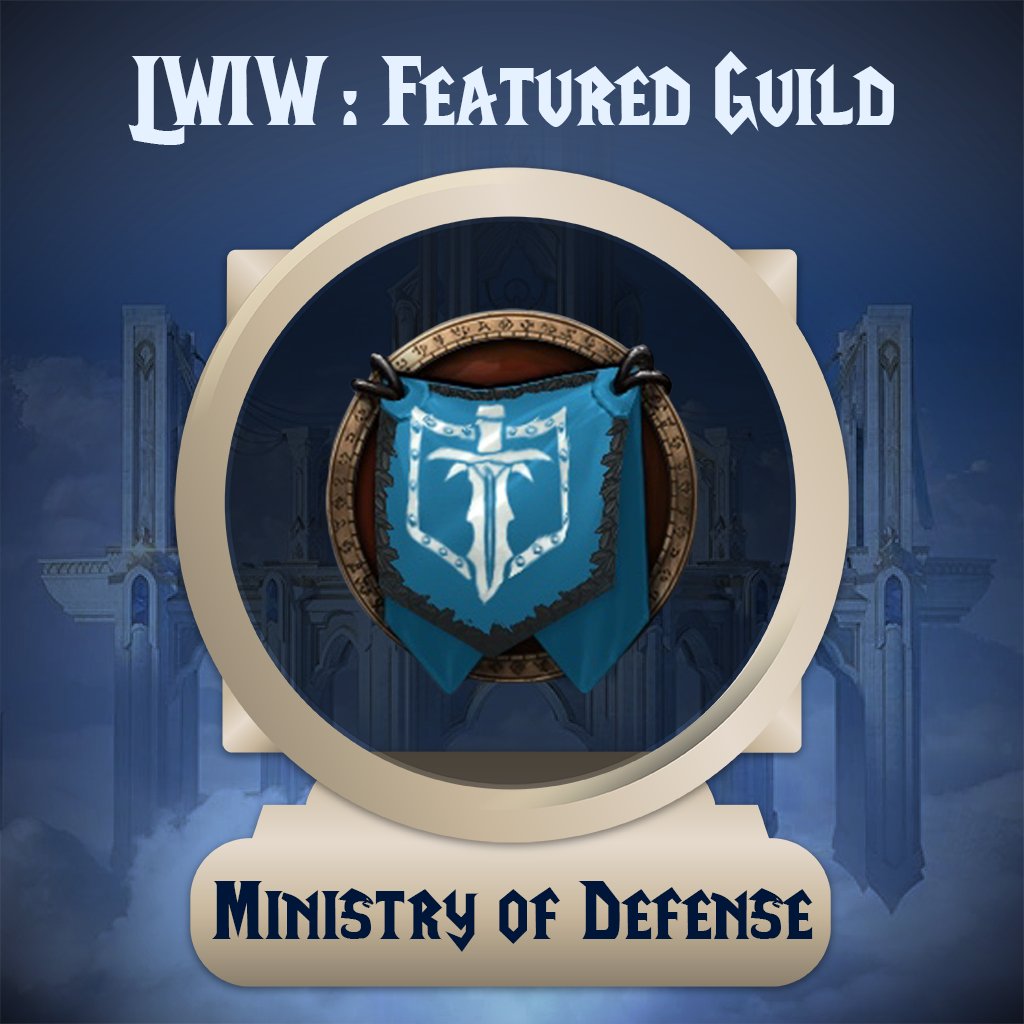