I’ve never seen a turnaround quite like this one, and I think I speak for every raid lead when I say how incredibly impressed we are with our team. We killed MOTHER in 3 tries (2, really, because we had an early wipe-call when people died on a crossing), which is a massive upgrade from the 52 previous tries. Normally when we down a boss, we continue to struggle on it for a few weeks. This was a welcome relief.

As a result we got our first look at a new boss on mythic, Zek’vos.

Zek’vos has overlapping add packs and overlapping darkness with deceit. We’re going to need steady coordination for calling out who needs external healing cooldowns / defensives, and making sure people run as far away as possible (not simply dropping to the side).

We also suggest getting comfortable using a microphone for this fight. It’s highly likely that now more than ever, you will need to call out when you need external heals or when you’re using interrupts.

We’re also going to be auditing interrupts much more closely. What’s important is not whether or not you are interrupting, but whether or not you are interrupting out of turn. If someone calls out they they’ve got “next”, and you cut them off, there’s a potential that both your AND their interrupts go wasted, and a cast might go off next time. Also, don’t interrupt early. They only stand around casting and re-casting, so interrupting them late ensures there’s more time for our interrupt rotation to recover. Those with ranged interrupts (like Balance druids) will be saving theirs for the 3rd add, which overlaps with the darkness (pain donuts).

Tanks did a good job moving the boss around, but he needs to be moved much quicker. Consider starting to move him when the add is at 85-90% HP instead of it being at 90-95% hp.

Little adds are going to need to die faster. If you’re running the same talents you ran on MOTHER, chances are you’re doing it wrong. Certain individuals will be told to instead swap to a full AoE build, even if it means they output less boss damage. (In phase 3, you can probably expect them to be the first people to pick up an orb to go down as well, since they won’t be single-target specced for boss or person damage).

Save displacements like typhoon, ring of peace, etc for when the little adds coincide with the darkness.

Friday was a pretty decent clear. We downed all the way up through G’huun, which is the farthest we’ve gotten on Heroic in one sitting.

We definitely has issues of boss-tunneling. As a baseline comparison, I had a 316/320 ilvl character in on heroics (it’s a balance druid, because I am the height of originality). Through all of our wipes, I did more damage to the Hexers than 3 other DPS, including one ranged. I did more damage to the crusher than 6 DPS including one ranged (though melee DPS are not able to DPS her for as long as others). I out-DPSd 3 ranged DPS on Ichors. I didn’t out-DPS anyone on crawgs.

Guys, that’s bad. Some of you are in the 360, 370 range. A 320 boomkin without an offhand should not be out-DPSing anybody on priority adds, especially not other ranged DPS (melee get a slight pass, especially on Crushers, but still).

A few of us swapped to our mains to down Zul, but as Zex pointed out, we shouldn’t have to. We shouldn’t have to swap to overpowered 380 geared characters just because some of you have no concept of prioritization on targets and are stubborn.

Now, some folks were new to heroics that night, or hadn’t done the fight with us before even on normal. That’s OK! I expect you guys will get more comfortable with looking around for these adds in the future. However, there are some people who have been around the block who don’t have an excuse. I won’t name names, but you know who you are. 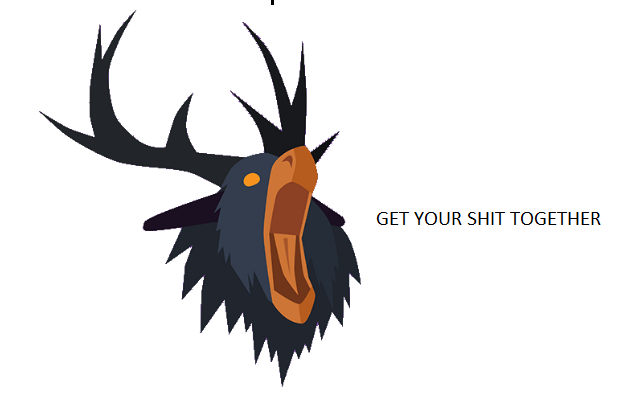 We took a few hours instead of LFR and then picked up the remainder on Sunday to kill Illidan for the weekly and do something fun and different. It was a long slog and I think it made some of us appreciate how much trash has been cut out of raids (though if you ask me, Blizz took all the raid trash and threw it in dungeons instead), and how blissfully short modern raids are compared to the olden days. 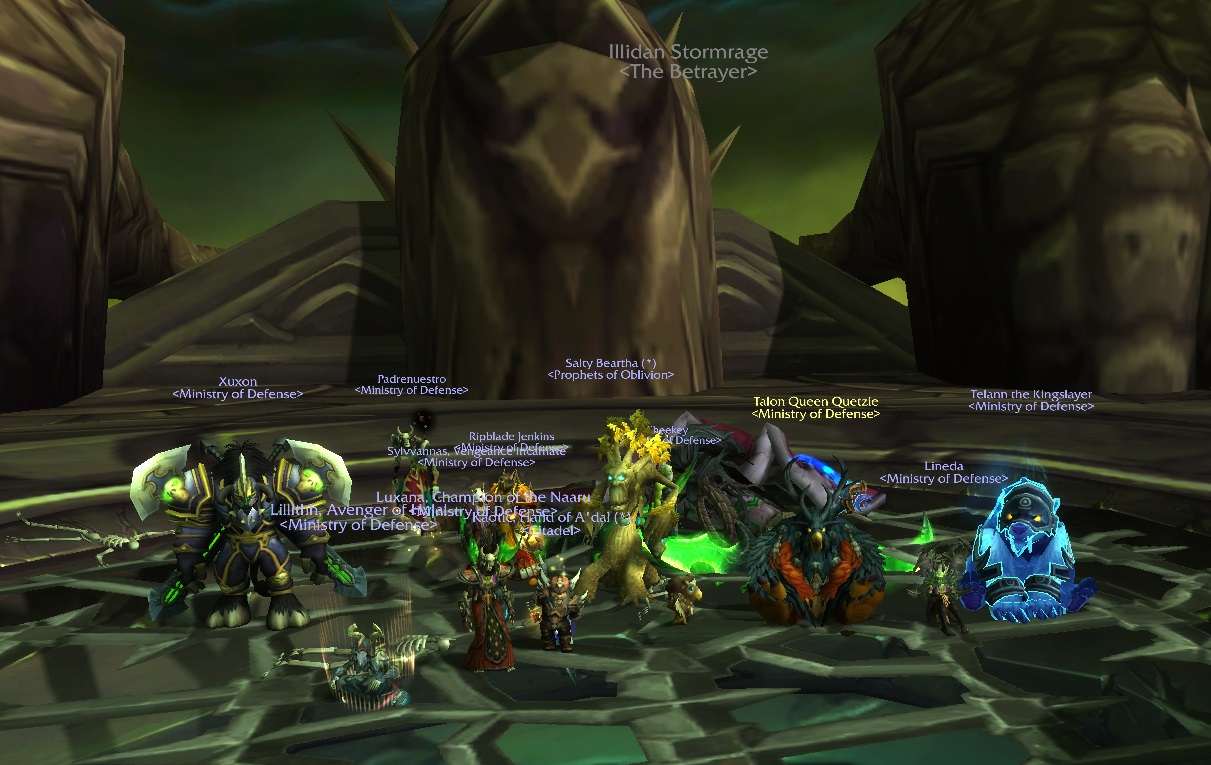 On account of some internet issues I missed the first hour of alt night.

Every boss was a 1-shot, including G’huun. We had a few new orb runners and they did wonderfully. People listened well to directions given and we have high hopes for our newcomers.

On account of the holiday, no raids on Thursday and Friday. Feel free to PUG, watch videos, or take a week off.