Sorry I’m a bit late – wasn’t sure about some information to include this week or next. Will include it in the next!

Both groups had easy clears up through Opulence. There are a few mishaps on Grong with tank throws and the people with the orbs dying, but otherwise both groups are getting very comfortable with the first three bosses.

Opulence took 6 tries per group to get down. For Red Team, the solution was to put the heaviest-hitting characters on the left side (reducing the number of awful overlap mechanics they needed to face). Going forward this should lead to much faster kills. Black Team had a few missteps but should be able to apply what Red Team learned to the boss to down him faster in the future. Red Team went from an entire night spent on Opulence last monday, to downing him in 6 tries not even a week later.

Conclave of the Chosen

Conclave is a tough fight for both groups. Black Team pulled in a third tank to help reset the stacks on Paku and Kimbul. This allowed the bosses to not cross/overlap and made tank swaps faster and more reliable. Red Team followed suit.

If a melee non-tank taunts off of Paku or Kimbul, the boss continues to gain stacks. This means that taunting at 12, a melee person will get hit with a 13 stack Paku. Then a 14…etc. Taunt-offs with melee DPS need to be exact or the dps will simply be 1- or 2-shot. It’s much safer for us right now to have a tank taunt off, resetting stacks to zero.

Both groups are having a ton of problems with the Krag’wa and Paku overlap. Both groups should have the tanks off to the sides and the majority of DPS way on the edge of the circle. This will hopefully draw Krag’wa to the DPS, who will then run back and forth between the front of the circle and the middle repeatedly, drawing them out. There should be a couple dps towards the back to ensure it’s never a tank that gets jumped on. 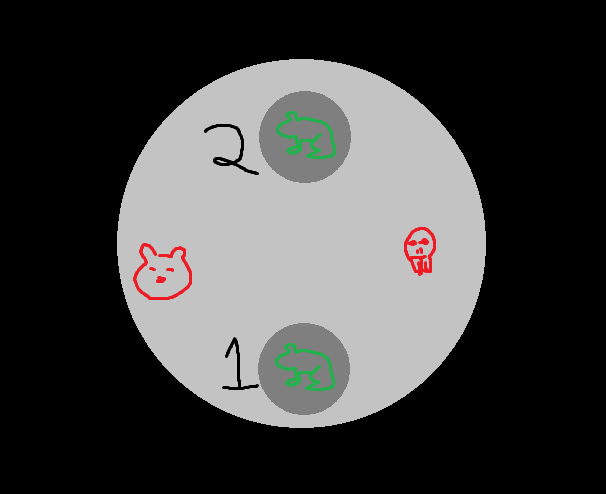 This is a good theory, of course, but it doesn’t always work out in reality. We’re still fine-tuning as best we can, so people have to be ready to move. The Krag’wa circle IS bigger than Darkness, and DPSing during Paku isn’t important. So simply yank your camera over your head and look for the white swirly, then run out of it. It’s very easy – even as a DPS who sits on the outside of Conclave as froggy bait, I can count the number of times I’ve been hit by him on one hand.

Killing Gonk before the first Paku winds seems to be the key to success. Groups may have to trim down excessively just to ensure that Gonk loses health fast enough. That said, Red Team was missing a few key DPS players from their run – hopefully they’ll be back in action this week and make for a smooth kill.

Rastakhan seems to have only one difficult phase on heroic – phase 3, where we split into 2 realms. Keeping adds CCd is going to be vital. Otherwise, the other mechanics aren’t too bad. People need to pay attention to the frog path – if you have the absorb debuff on you, move out of the way of the frog! Tanks and healers run the risk of taking damage from from the fire snake totems in phase 1. However, they’re easy to dodge once you get into the rhythm. Practice will make perfect here.

We may change up who we put into the death realm in the future. The faster we get Bwonsamdi down, the better. The living realm is all about soaking and priority killing adds until the death realm people show up again.

We’ll likely run this again in the future before we officially bring back alt nights (which we’re in the process of – very soon!)

Champion – Rastakhan (logs gave out at one point)
Blockade and Jaina

For those interested in Black Temple Timewalking this week, Tiraffe is setting up a run for people. Check out the pinned post in Raiding Discussion on discord:

If you’re interested, react with something so I can get some kind count of who’s thinking of coming. The more folks we have, the easier the bosses will be. I’ll be posting a quick guide later on how to optimize gear for Timewalking stuff too.